For a bit of a change for Colonel Mustard this week I was given the opportunity to review some military history books by Pen & Sword Publishing in the UK. I picked out a very interesting title about an SAS unit fighting behind enemy lines in France in 1944.

Ian Wellsted writes an excellent first hand account of his activities with the SAS, in conjunction with the Maquis, or French resistance, in enemy occupied France. The narrative is quite riveting from the moment Ian and his few men are dropped into the French countryside, all the way to their repatriation to England by American forces a few months later.

Their adventures include many successes and failures along the way including blowing up railway lines, destroying bridges, ambushing enemy forces and various other missions. The spirit and bravery of all the men involved is certainly captured by Mr Wellsted, both SAS troops and French fighters alike. With limited resources, quite often just a broken down old car, maybe a few men and a bren gun, the results they achieved were amazing. Although it feels like a great adventure you never lose sight of the fact that this was a war and that people were dying around them. Danger and death are never far away, but this doesn’t stop these brave men from continuing their missions to disrupt German logistics.

It’s a great, absorbing story. British Jeeps charge around the French countryside, avoiding enemy units, teaming up with French civilians, aided by frequent resupply drops of equipment, then planning and executing operations (with varying degrees of success). Anyone interested in true acts of bravery under very difficult conditions should read this, so i can wholly recommend checking it out.

You can find this and many other titles at www.pen-and-sword.co.uk 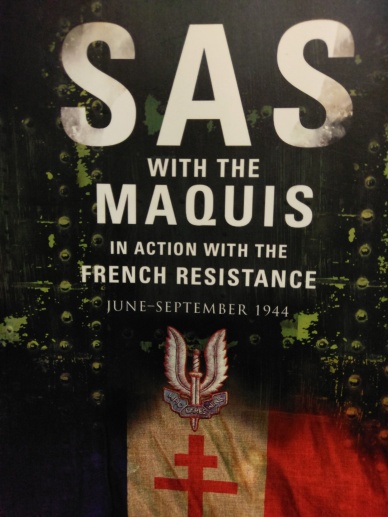