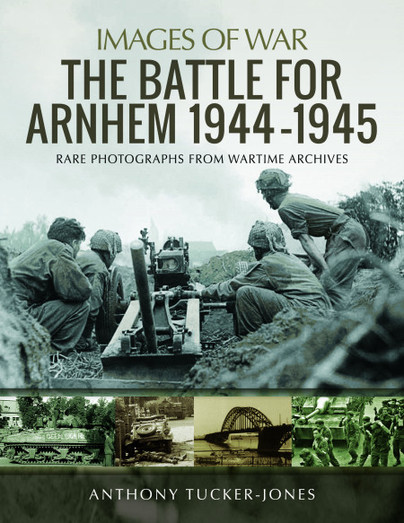 Another favourite classic war film of mine, and I am sure many others too, is “A Bridge Too Far”. People always mention the historical inaccuracies and problems with the filming and actors’ egos etc but I really enjoy it as a war movie. It is up there with “The Longest Day” with an all star cast and blockbuster sets and great effects for the time.

Behind the Hollywood version there is a truth that is both an amazing and bold military plan, verging on the foolhardy, and a great story of bravery and survival. Unfortunately the plan ultimately failed, but if successful could have shortened the war and stopped further suffering in occupied Europe. This visual history of the Battle Of Arnhem is an excellent summary of all the actions through some text and many pictures. It was more of a series of battles rather than one big one, involving airborne landings to capture bridges and create a pathway to the main objective of the Arnhem bridge. Once objectives were captured an armoured force was to make it’s way as a relief column to clear a pathway all the way to Arnhem. Field Marshal Montgomery underestimated the strength of German forces in the area and their ability to regroup and counterattack resulting in the failure of Operation Market Garden.

As a wargamer of World War Two I have a great interest in all aspects of this operation and I am very keen to recreate parts of the Arnhem battle. An airborne assault on a canal bridge or an armoured column under attack on a long road. There are many great ideas here. The photographs are fantastic and show many scenes of all the engagements and situations throughout the campaign. The writing is very clear and concise and accompanied with some very informative maps. Tracking the action and linking it to the pictures is easy and it makes for an excellent read. If you have any interest in Operation Market Garden and the Battle For Arnhem then this book is for you. Of course now I will need to dust off my copy of “A Bridge Too Far” and watch it again!