I didn’t really need any French tanks, as I do not have any French forces, but I do like these Somua tanks. They were captured and used by the Germans later in the war and so I thought I would build a troop of them anyway. I think the only plastic model kit in this scale of the Somua is made by Heller, so I bought three of them on eBay from someone, somewhere. Loved the box art and attempted to base my camo scheme on the front action shot.

It’s a tiny tank and the kit is easy to put together. Detail is nice and there were zero construction issues. By the third build I was doing it with my eyes shut! Tracks are like a soft vinyl that fitted perfectly which made a nice change. I think I drilled out the gun barrels with a very tiny drill, but did not do much else. Camo scheme was applied using the blutack masking technique, which ended up coming out very nicely. The decals were a mixture of the supplied ones plus some other spares. I really liked the French red white and blue insignia and white numbers so I sourced some similar stuff from my decal files. I figure I can use these for either side, early war French or late war Germans.

Here is le Troop just wandering through a village. 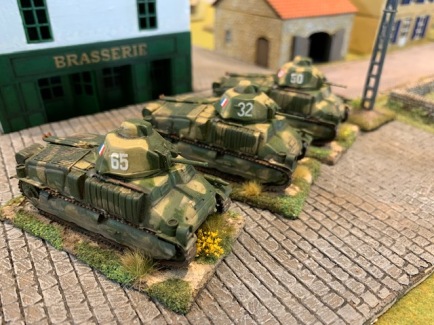 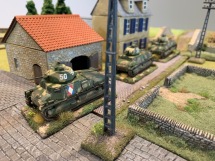 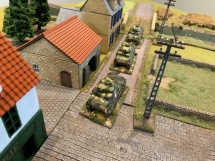 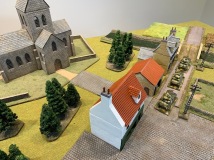